The traditional Japanese wall and ceiling cladding called yakisugi is gaining renewed popularity amongst design aficionados.
Here’s why we are fans. 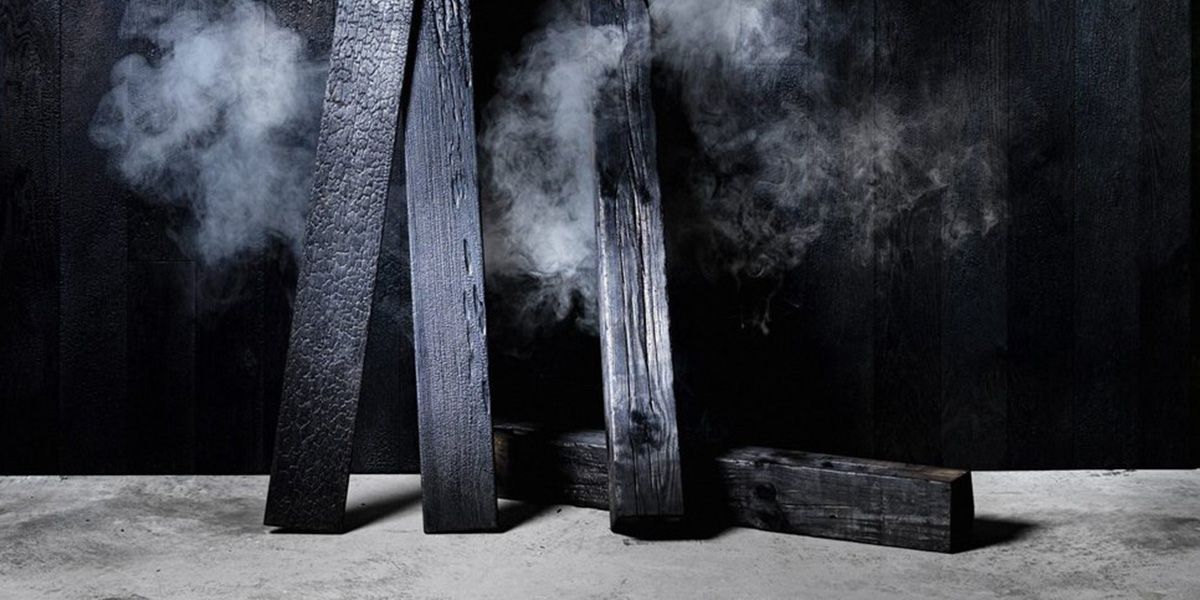 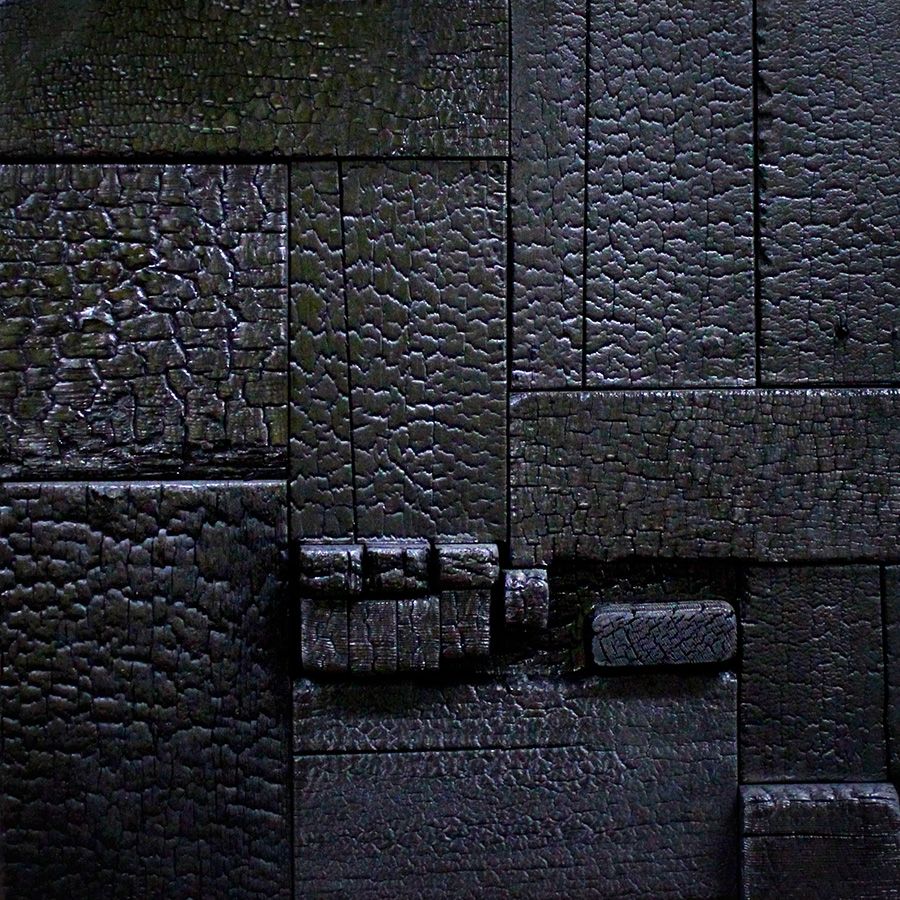 Wood can work its wonders in many ways

Our increasing desire for natural design solutions fits with the authentic character of wood. The versatile range of options and finishes make it the material of choice for many leading luxury design practices. It’s not surprising to see why luxury connoisseurs embrace traditional woodworking practices. This time around, we highlight yakisugi, a unique thin-plank product conceived through the traditional technique of charring wood over high heat to improve its behaviour. Traditionally solely made from Japanese cypress, yakisugi results from an intense burning process.

Yakisugi was very wide spread back from the 17th into the 19th century. It was traditionally combined with white stucco on exterior walls and fencing, each region having a different design aesthetic. Developed to improve the longevity of untreated wood, today it’s considered a chic, high-design building material.

‘Yaki’ means burnt, charred, or heat-treated, and ‘Sugi’ refers to the Sugi Cypress indigenous to Japan (often called Japanese Cedar). So, Yakisugi translates to charred cypress or burnt cedar. Yakisugi exploits the chemical properties of timber to make a rot and insect resistant layer of scorched material on the outside faces of timber boarding. By charring the timber with sudden and intense heat, the sugars in the timber are burnt away, stripping out the cellulose that bugs and fungus love to eat and leaving behind only the lignin, which is much more difficult to break down.
To stop them burning through completely, boards are quickly doused with water once the desired char has been achieved. Traditionally, the burn itself was achieved by making a triangular tube out of three boards and stuffing it with straw or paper which was then set alight, but in modern times the same effect is achieved with kilns or blowtorches – the principal is the same but allows for more rapid production, though purists insist that these techniques are too fierce. Standard traditional types of Yakisugi include Suyaki (the standard, keeping the same colour 40 to 80 years), Gendai (brushed once after Suyaki), and Pika-Pika (brushed twice).

The practice of treating wood with heat has been around for millennia, and every region seemed to have its own application and practice. Some research indicates that Japanese plank burning technology transferred to siding application from boat building traditions along the Seto Inland Sea. Boats were built on dry docks, and their hulls were burned as a preservative before launch. Cypress production fed both architectural and the construction of boats while carpenters worked between the two related industries. Around the turn of this century, the technique of yakisugi received renewed appreciation and attention from architects and design lovers both in Japan and the rest of the world. Traditionally, one combined yakisugi with white stucco for all exterior walls, each region having a different design aesthetic. Today it is used in residential, commercial, and institutional applications as a healthy, sustainable, and beautiful alternative to inorganic, carbon-intensive modern materials. It can be installed as exterior siding either vertically or horizontally, and is also used as exposed roof deck, soffit, and interior wall and ceiling panelling.

A contemporary example of the beauty of yakisugi can be found Nagano, Japan, where the celebrated Japanese architect Terunobu Fujimori cladded a residence with four hundred charred cedar boards. Dubbed Charcoal House, the home is inspired by a small cave dwelling near Lascaux in France. Due to the heating process, charred cedar boards have a length of less than 7ft. Make them taller and they tend to warp. Undeterred, the architect persuaded his clients, a retired couple, plus eight friends to spend a day with him in a field charring the timber using a technique that he had discovered. A day’s hard work produced 400 beautifully charred cedar boards, each spanning more or less 25ft. Gaps that appeared from the heating process were filled with thick plaster, resulting in the striking striped pattern of the house’s exterior. Inside, the main room’s chestnut wall panels were roughened up, making the space come even more alive. 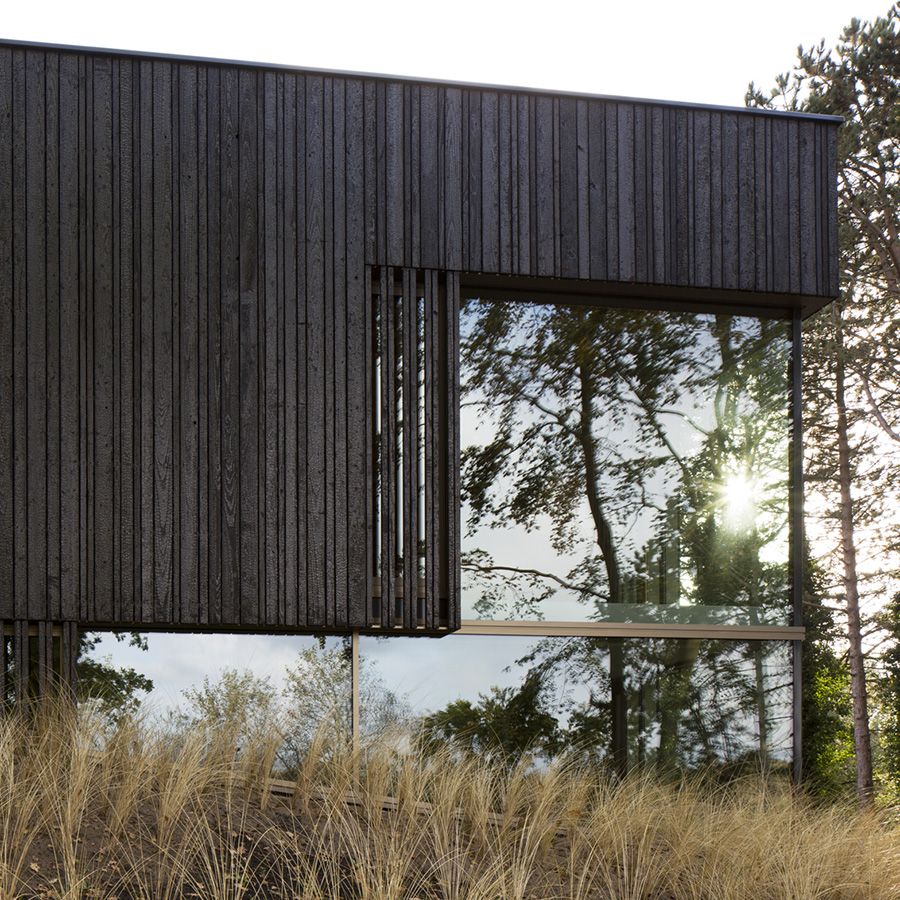 Inspired by Yakisugi
Are you as fascinated by the story of yakisugi as us? Maybe have a look at our Megeve selection, which is partly inspired by the Japanese way of cladding wood to boost the wood’s qualities, making it more durable and resistant to intensive use. 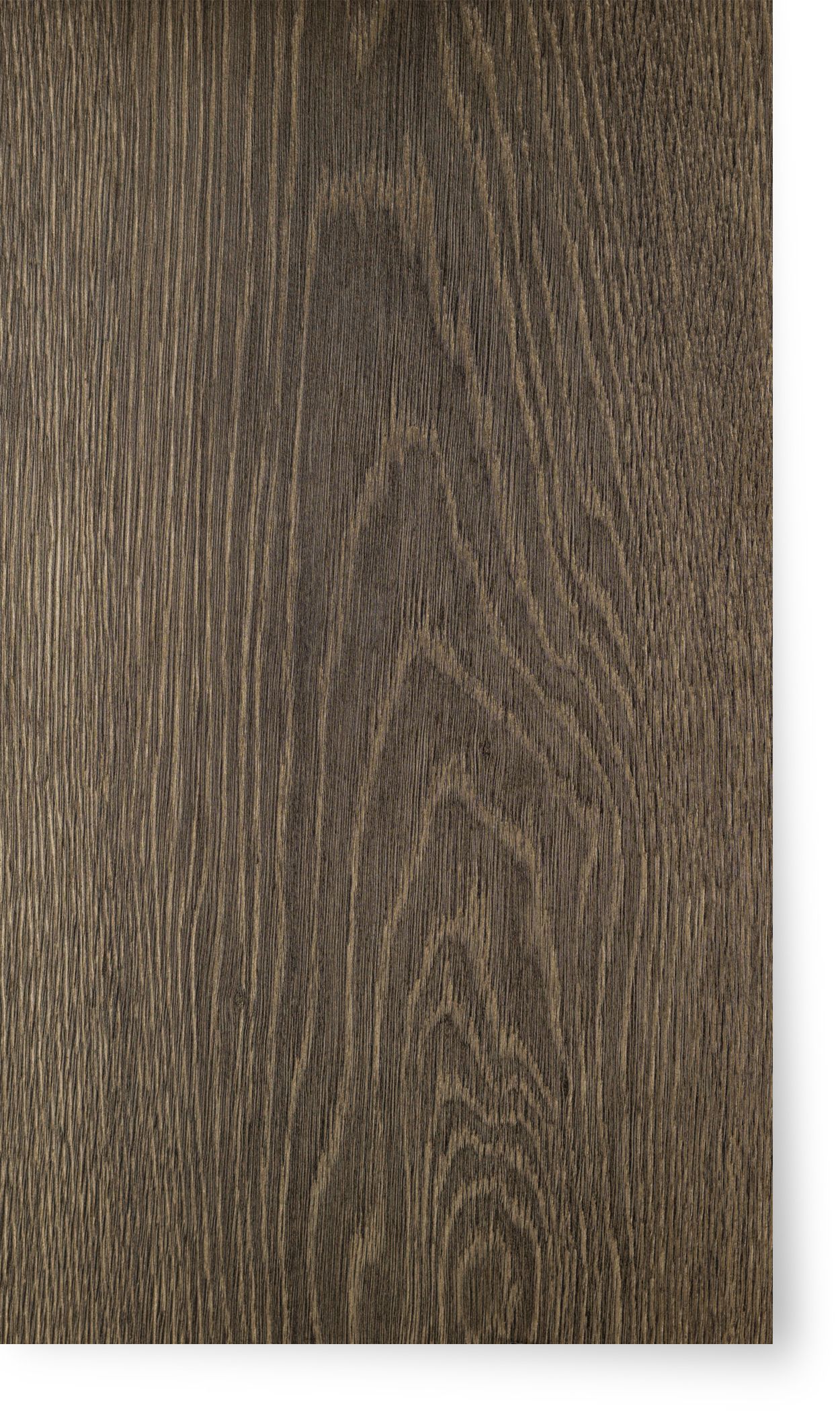 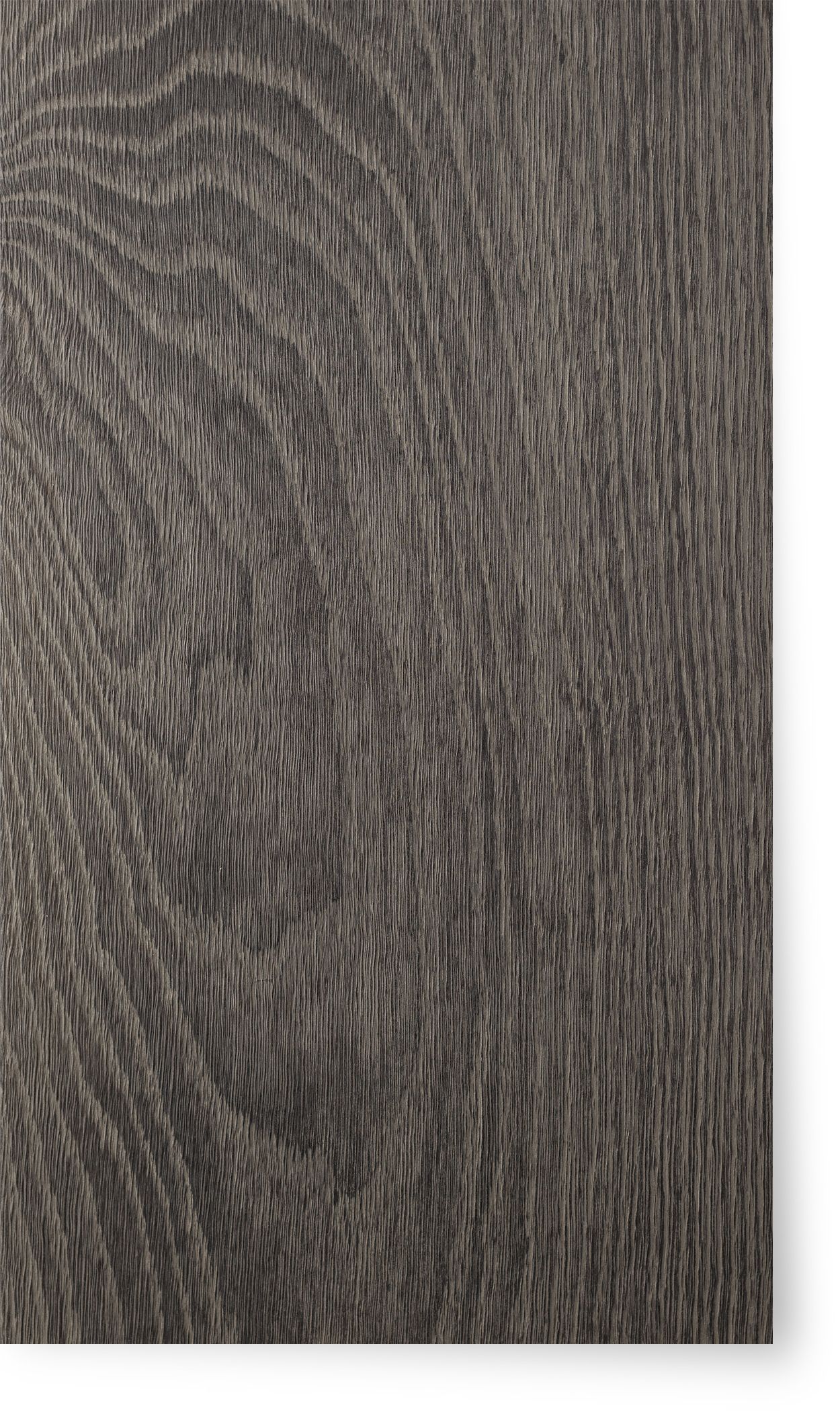 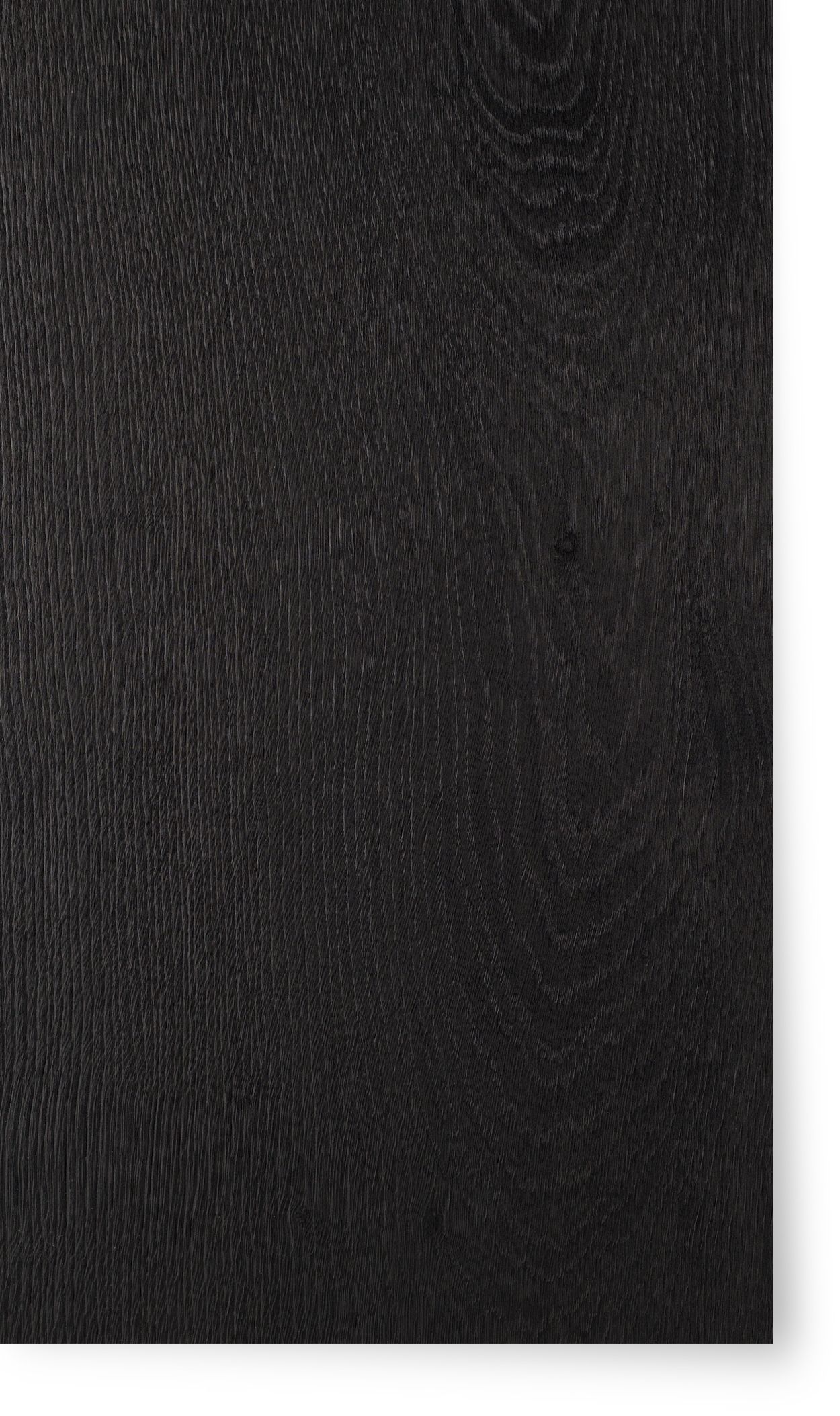 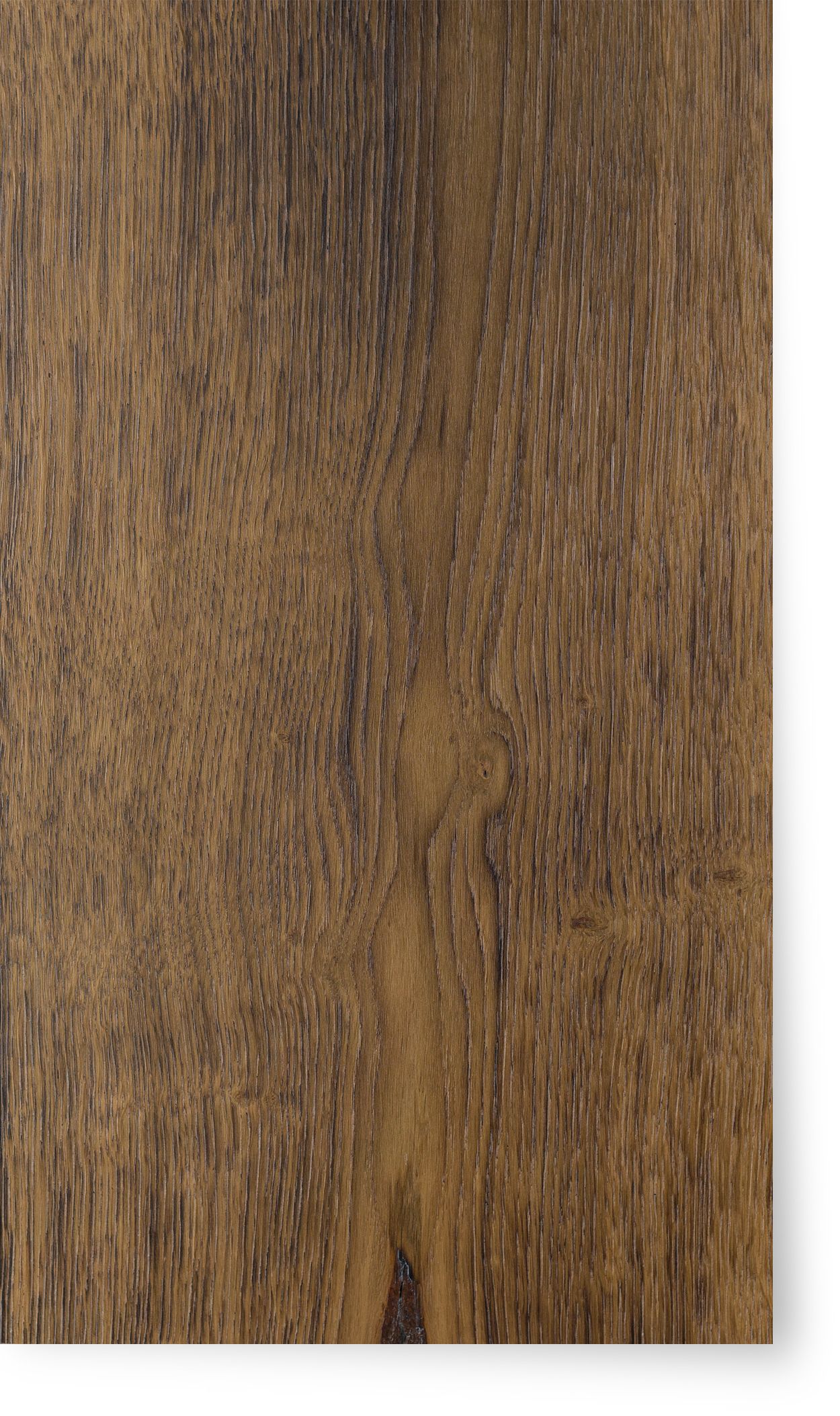 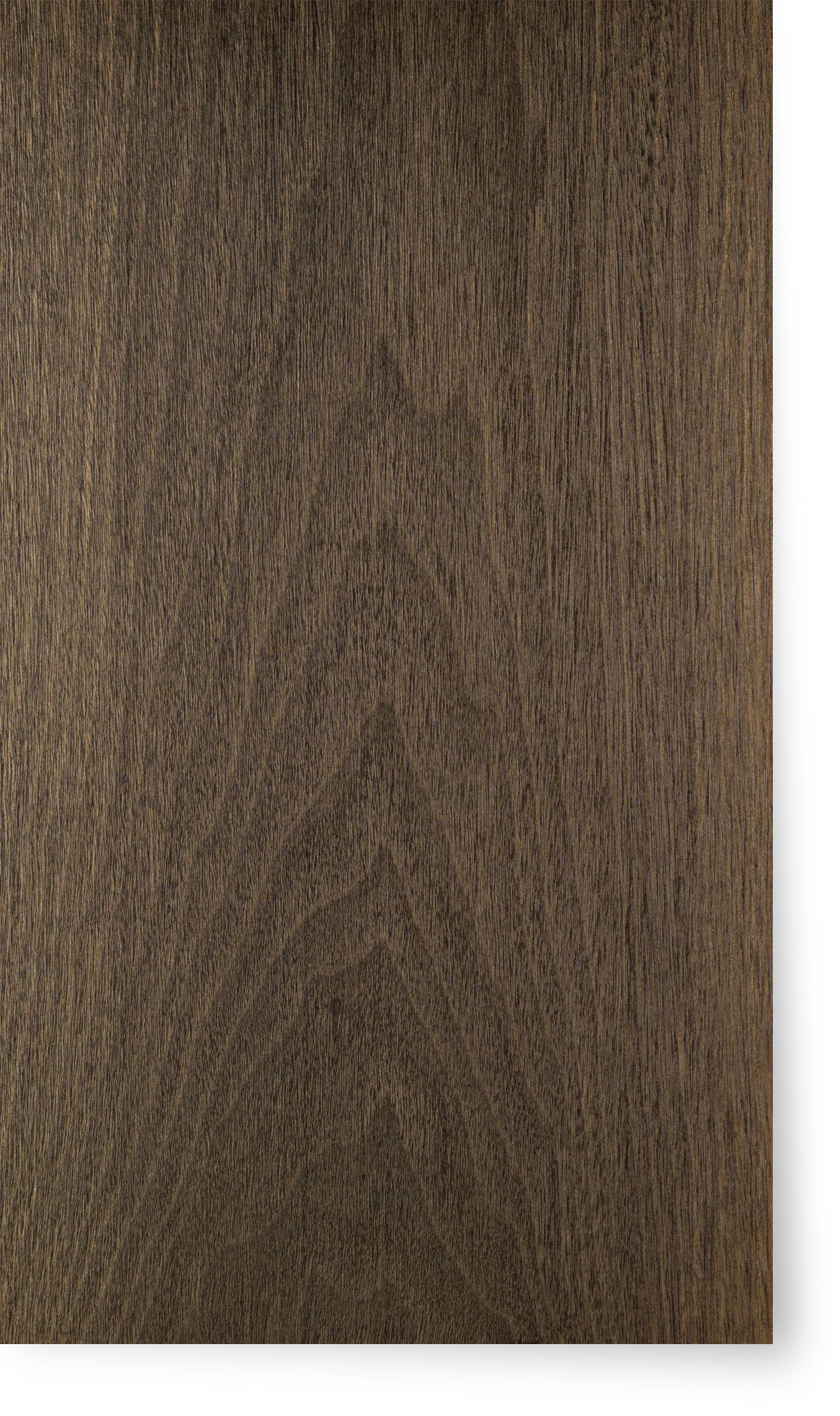