Sensibility meets skills in the hands of portrait photographer Ruben Duipmans. For once, he diverted his attention from people to wood, and aptly named the series Portraits of Wood.
choose a portrait to switch
Asking photographer Ruben Duipmans to describe himself takes time. The Amsterdam-based artist is careful in answering too quickly, consciously overthinking his replies' whys and hows. It makes the talk refreshingly personal, a talented creative who aims to explore his answers in a truthful, honest way. Similarly, he treats his own subjects. Models, mostly. And now, this first time around, wood. 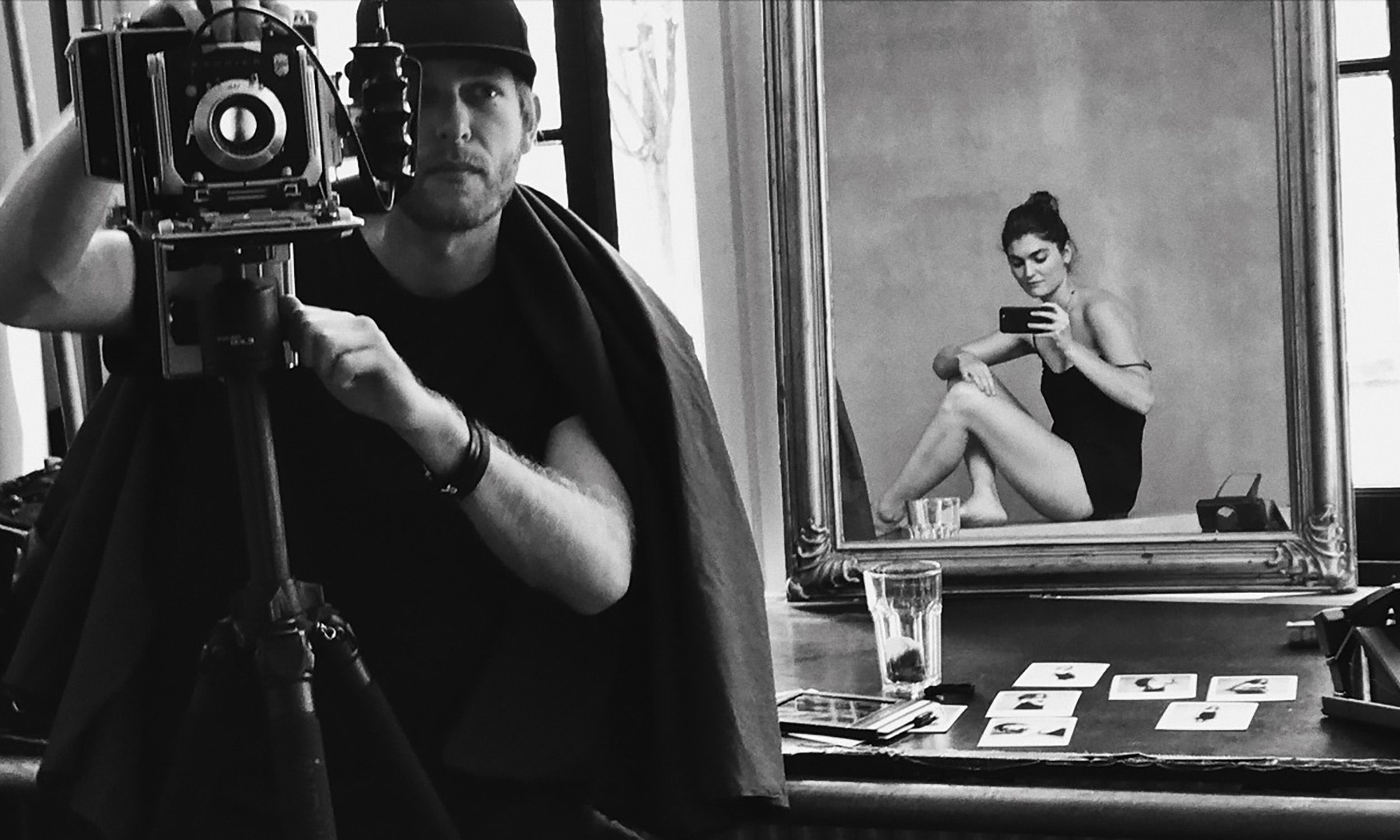 Ruben Duipmans with his analogue camera in the studio in Amsterdam.

You're an analogue guy in a digital world.

I work in a very traditional way. Ten frames, that's what I'll have to get it done with. If it works, I'll know when I develop the photos. There's no editing afterwards. It forces me to go back to the basics. Before I even click once, I have to get the story right. Not that I know the story beforehand. I let the subject guide me. Moving around it like a dancer almost, observing the different angles. I move at a slow pace.

How do you find what you are looking for?

It's a very personal thing. It has to do with beauty, what I conceive as beauty. I start exploring how the light falls when I move around. I study the gestures and the expressions of someone. Maybe there's a breeze in the space that affects the subject. I like that there is an element of surprise to it. Spontaneity. Also, with me. It's like starting this journey, and then along the way, things happen.

Portraits of Wood was commissioned for Ebony and Co's magazine. Can you give us some behind the scenes?

I was immediately captivated by the idea of creating lifelike portraits of the distinctive hardwood samples. Each wood bears its own character, grain structure, and history. As a photographer, to be able to capture that essence and at the same time create a new narrative was intriguing. When I learned about Bogwood and how it's been hiding underwater for decades, lying there in moist, dark muddy surroundings — this knowledge made me look different to the species. With the Portraits of Wood, I tried to surface this narrative by translating it into how I used the light.

You made a flat surface come alive.
Was that challenging for you?

I wanted it to become a body that expresses the story and character behind the material. It took me a while to get it right. I quickly saw that placing it flat on a surface didn't work at all. It was a matter of time. Finding the right angle. Allowing merely a ray of light in the studio. And long exposure times. Time affects the quality of the light; it seems to tuck around the object. Or at least that's what I see.